CHIELLINI SET TO SIGN A NEW CONTRACT AT JUVENTUS

Italy and Juventus defender Giorgio Chiellini is edging closer to signing a new contract extension with the Old Lady and he could put pen to paper and sign the new deal as early as in the coming days, according to several widespread reports. 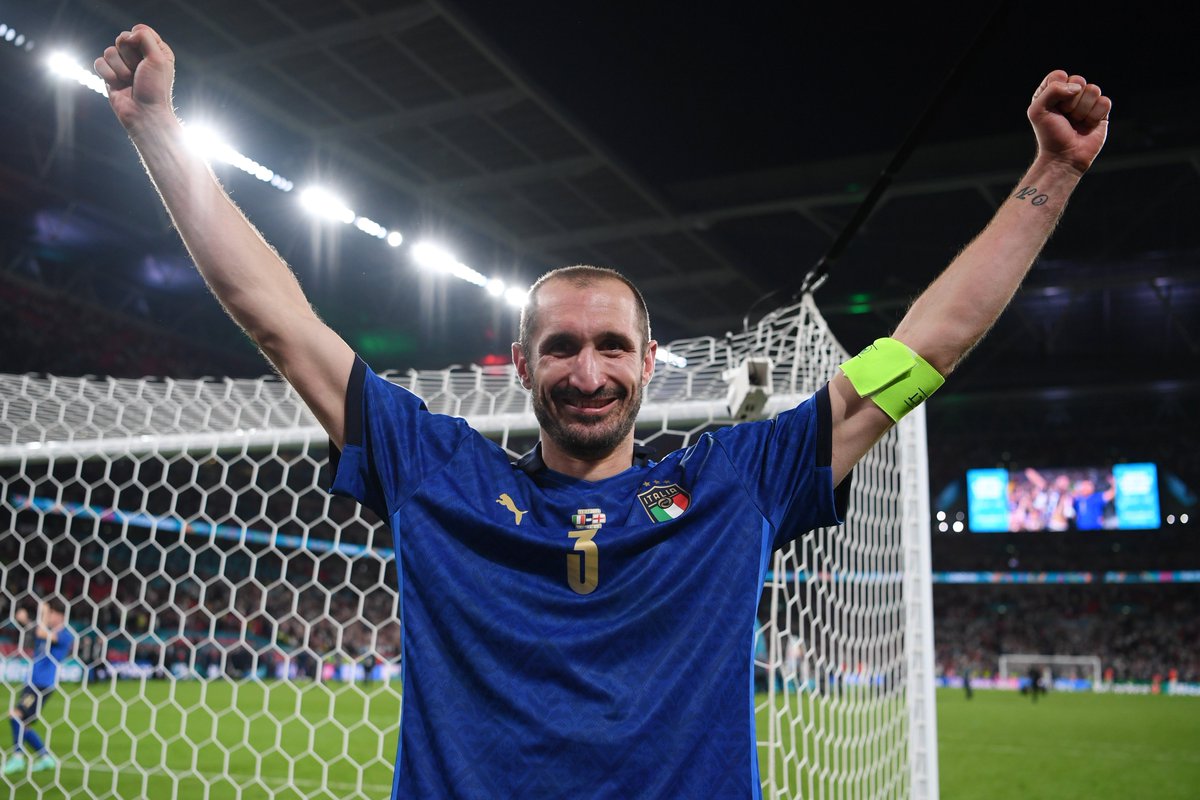 The veteran central defender is 36 already and while many have thought that he is already nearing the tail-end of his career, he is still going stronger and is also making a huge statement to be offered a new contract extension at the Turin club. After captaining his country Italy at the recently concluded UEFA Euros tournament and leading them to win the title, it is looking highly likely that he plays for Italy in Qatar next year.

Due to his age, it is expected that his new contract extension will see him take a pay cut. His current deal sees him earn €3.5 million per year but that is expected to be reduced to €2.5 million ahead of the 2021-22 Italian Serie A campaign. The deal is supposed to be a one-year extension and should normally end by June/July next year but because he wants to remain contracted to a club before possibly playing for Italy next year, some adjustments could be made and he could see the new contract run until November next year, the same month when the World Cup will start.

Since signing for Juventus from Lirvono in the summer transfer window of 2004, Chiellini has, apart from the loan spell he spent at Florentina in the 2004/05 season, remained with Juventus and during that period, he has won a total of nine Italian Serie A trophies as well as five Coppa Italia titles. He recently added the UEFA Euros title to his cabinet and will be looking to add another one when Italy start their World Cup campaign next year.