Legendary Italian footballer Daniele de Rossi has said that he has no plans of retiring from the game after not being offered a new contract at AS Roma. The 35-year-old has made over 600 appearances for the Giallorossi in the past 18 years and he is not prepared to hang up his boots to take up a director’s role at the club. 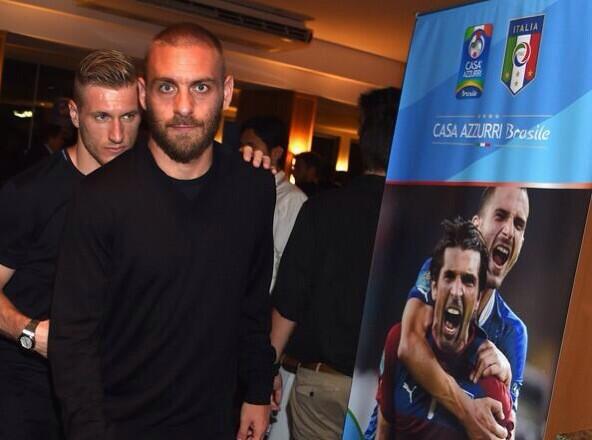 Speaking to Mediaset, De Rossi revealed that he was aware of the club’s decision in advance but preferred to keep things in private, given the club’s ongoing pursuit of Champions League football, he said: “I realised the decision the club were going to take regarding myself. I'm almost 36 and I know how football is, but I didn't want to distract from our European race.”

He added that he has been offered a director’s role at the club, but would prefer to extend his playing career elsewhere, he further told: “I thank the directors for their offer – I respect it and appreciate it, but I still feel like a player. I don't agree that the decision should have been mine alone. The club exist to make these sort of decisions, alongside the coaches. Someone has to make that ultimate call. I'm not over the moon, but I accept the decision.”

Roma are currently three points behind Atalanta in the race for the fourth spot and their prospects of making the Champions League places are dependent on both Atalanta and Milan ahead of them dropping points. As such, they don’t have the destiny in their own hands but can keep their slender hopes alive by winning each of the remaining two league games.

Meanwhile, De Rossi would be parting ways with Roma after the curtain closer against Parma and he is sure to receive a good reception from the footballing fraternity. The Italian had the opportunity to join Manchester City in a big-money move during the prime of his careerbut he decided to snub them to remain committed with the Rome-based club.