Four Players Who Could Lead Germany Next Summer

In 2014, Joachim Loew’s Germany were ruthless in winning the World Cup, and it would take a brave man to back against them as they look to defend their crown in Russia next year. 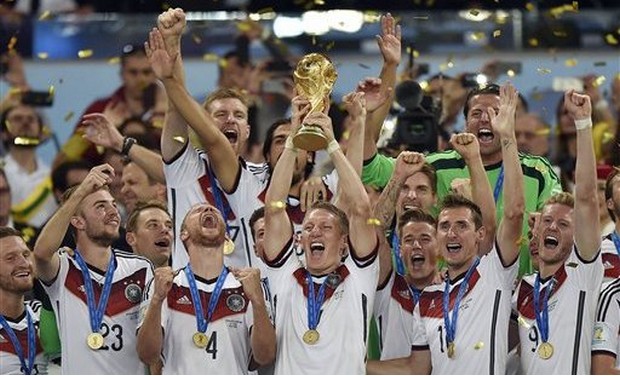 With so many talented players available for the national side, Loew has his work cut out to get his squad selection spot on: here are four men who could be central to their chances of a second successive World Cup triumph.

Manuel Neuer
The first name on Loew’s team sheet, Neuer is still widely considered the best goalkeeper in the world and the Bayern Munich man was phenomenal at the 2014 World Cup, making a number of crucial saves throughout the tournament. Loew will hope that Neuer can offer advice to the younger members of Germany’s squad – both on and off the field.

In order to win the World Cup, you must be strong defensively, and in that regard, Neuer is rather unique. His “sweeper keeper” style has left him red-faced in the past but he tends to get it right and Germany will rely on his quick-thinking. At 31 years old, he is getting older but he is still incredibly quick off his line.

Joshua Kimmich
Joshua Kimmich may be a central midfielder by trade, but Loew has been using the Bayern Munich man at right-back for the national side and he has flourished on the big stage. The youngster has been ever-present since the final game of the group stages at Euro 2016; an incredible achievement when you consider his lack of international experience prior to last summer’s competition.

At 22 years old, Kimmich has a bright future ahead of him and Bayern boss Carlo Ancelotti may take a leaf out of Loew’s book and use him at right-back when Philipp Lahm hangs up his boots at the end of the campaign. Barring a major injury, Kimmich will be Germany’s right-back next summer.

Marco Reus
Loew will almost certainly continue with his ‘false nine’ approach and Reus may be one of the main beneficiaries in attacking midfield. He has struggled with long-term injury problems in the past but the Borussia Dortmund man is world class when fully fit and he will push for a spot in the starting line-up if he gets back to his brilliant best.

Reus has been key to Dortmund’s resurgence this season. Thomas Tuchel’s men, 11/8 in the ‘without Bayern Munich’ Bundesliga betting, have lost just three times all year when Reus has featured and the Germany star could be set to star for both club and country in the next year or so.

Leroy Sane
Pep Guardiola made signing Leroy Sane a priority last summer and it is easy to see why. The Germany international has flourished since settling down at the Etihad Stadium and he is now one of the first names on the Manchester City team sheet. For Germany, he may have to be content with a spot on the bench but he can be a deadly impact substitute.

Sane’s pace will offer Loew a viable option on the counter attack, especially if Germany go ahead and want to try and hold onto a slender advantage. On his day, he is unstoppable and his blistering speed will help Germany to exploit high lines – particularly late on in games.