Julen Lopetegui, the coach of the Spanish national team has recently expressed his happiness following his side’s win over Macedonia in the ongoing World Cup 2018 qualifiers. 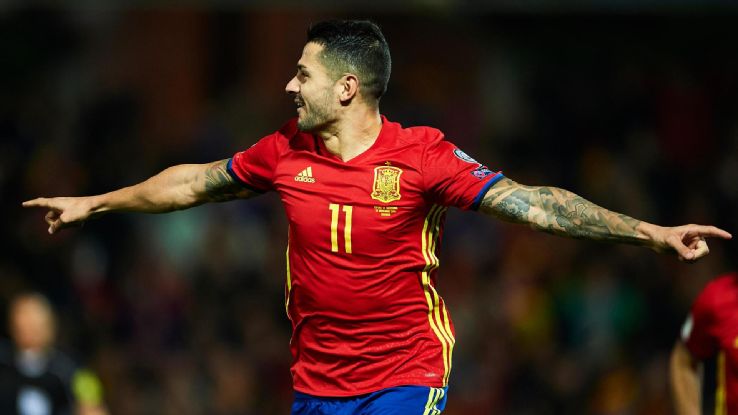 The game which was held at home and on Saturday evening, saw the injury-laden Spanish side come off with a 4-0 win thus retaining all three necessary points from the match.

An own goal from Macedonian defender, Darko Velkovski, a header directed to the far post by Vitolo, a volley from Nacho Monreal and a neat finish from substitute, Aritz Aduriz were all goals that ensured that La Roja finished victoriously in the match.

At the end of the match, the Spanish coach who took some time to speak to reporters had commended Macedonia’s play style, but believed his side deserved the win.

"Games never go exactly as you wish, but we are happy to get the three points, with a good result against a good team.

"We knew how they would play, that it would be difficult to control the game. But we had very good moments, and made many chances. They had a few chances, but we are happy to get the three important points," he said.

Spain currently sits atop of the Group G World Cup qualifiers, ahead of Italy, who sit at 2nd position, on same point level but with a goal difference. Spain would be meeting England in a friendly match at the Wembley stadium next Tuesday.