New Spain manager Julien Lopetegui has admitted that he wants striker Alvaro Morata to get more playing time with his club. 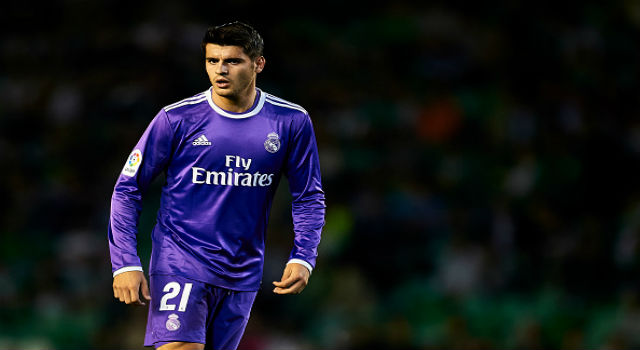 He said that he is currently considering his various attacking options and that Alvaro Morata is a great asset for his team.

However, he stated that he needs more playing time with Real Madrid so as to prove himself. Julien Lopetegui said that Alvaro Morato has been phenomenal with Real Sociedad and that he is looking forward to seeing him play regularly.

Spain will be facing Israel and France in their next game, and their new manager is already considering the players that will be participating in this game. He said that this is an important game for the Spanish team as he wants to assess the players and discover his best team.

Julien Lopetegui said at the moment he is considering Alvaro Morata, Sergi Roberto, and Denis Suarez as possible players to lead the Spanish forward line.

Julien Lopetegui said that he would be delighted to see Alvaro Morata play more regularly with Real Madrid especially given the fact that he has been a great player when he has come in as a substitute.

The Spanish coach said that Spain has some good players and that they are all ready to fight for their country. He said that there is a good team spirit around the team and that the players are all focus and determined to work hard in training. He believes that Spain has the necessary players to compete with the best teams in the world and win trophies.