Mashaba does not want to blame team

The South African national football team has been sustaining a string of underwhelming results which is starting to put the managerial position of Ephraim Mashaba at risk. Whilst football is at it's most popular ebb in South Africa right now, some fans are switching off when it comes to the national side. 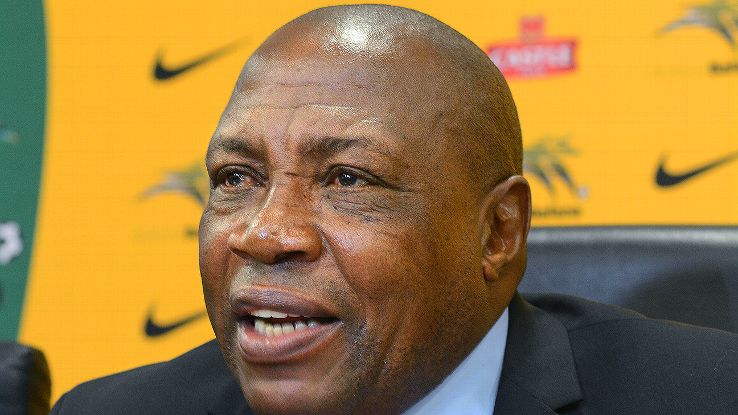 Mashaba is the head coach of the South African side, having been given this role back on July of 2014 but his spot in the national side might be reaching it’s end after a number of disappointing results.

South Africa’s latest results saw them drawing against Cameroon for 2 successive matches and now the team of Ephraim Mashaba are positioned in the 3rd spot of Group M of the 2017 Africa Cup of Nations qualifications after having only collected 3 points from their opening 4 matches which have been played so far.

After all those disappointing results, fans have started to switch off when it comes to the Bafana, with many choosing to invest more of their time into following English Premier League sides, and others playing their own versions of football on their mobile phones - you can play a number of football-themed games online via casinoonline.co.nz, with popular brands like Gaming Club casino offering the biggest range. Fans then have their future happiness in their own hands as they win, lose or draw, instead of having to rely on Mashaba and his team to get it right for them.

Gambia and Mauritania are the upcoming opponents of South Africa and in order for the team of Ephraim Mashaba to secure a qualifications spot for the 2017 Africa Cup of Nations; South Africa will need to secure victories in both of these approaching matches.

Depending on whether or not South Africa will be able to qualify for the African competition, it will play a huge role in the future of Ephraim Mashaba as his managerial position in the national side is at risk of being sacked after having taken charge of the team for almost 2 years.

Even with this recent string of disappointing results, Ephraim Mashaba does not believe that they were due to bad performances from his squad.

"It's most unfortunate that when the team doesn't win, the blame comes to the team. The problem of not scoring goals doesn't start here. All the coaches in South Africa's Premier Soccer League, when they don't win, you hear them talking about the problem of not scoring goals. Those are the things you can't address in the national team. You have only got three days at the most (to prepare). It must be fixed at grassroots. That where people are taught to play." South Africa’s Ephraim Mashaba said.

All that Mashaba and his squad can do now is focus on winning their upcoming matches and try to see if they have any chance of qualifying for the upcoming 2017 Africa Cup of Nations.