Spain’s coach Lopetegui on his job

Spain’s new coach JulenLopetegui said that he is excited to take charge of the Spanish side and he believes that the Spanish team can reinvent itself and challenge again for trophies. 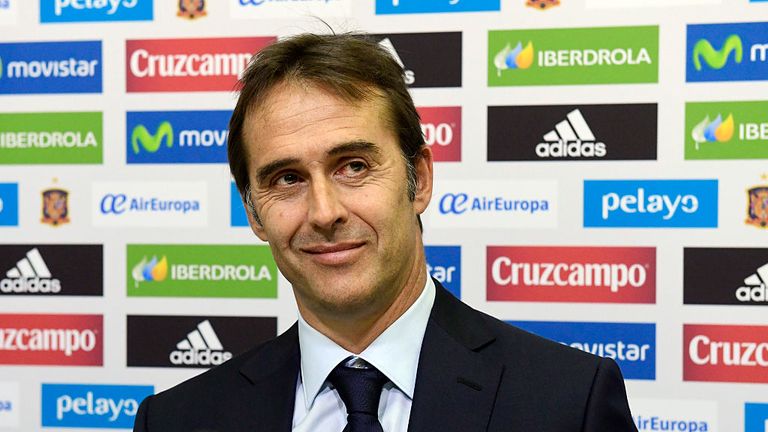 Ever since the generation that has won both the Euro and the World Cup, the Spanish team has experienced a sort of decline and struggle to replicate their performance.

Indeed there are only 2 players from the team that played the 2012 Euro final that remains in the team due to injury and age.

However, JulenLopetegui believes that this is an excellent opportunity to make history and to rebuild something from scratch. He believes that Spain has some good players at the moment and it is up to him to find the best players that will make the team.

He said that it is not good to compare the current side to the past teams as they all have their own specificities. He believes that some new players can make it into the team and that they will soon make their start for the Spanish side.

JulenLopetegui has coached different clubs before making it to the Spanish national side. There was a time where he was touted as being a potential manager for Wolves, but because of a breakdown in communication, this does materialize.

He has urged fans to remain behind the Spanish time as it will take time to rebuild a side capable of winning trophies.